The Decentralised Internet – Will it Define the Future of App Marketing?

Sir Tim Berners-Lee founded the World Wide Web, envisioning a world with free communication, collaboration and innovation. However, the modern day reality hasn’t quite lived up to these expectations. 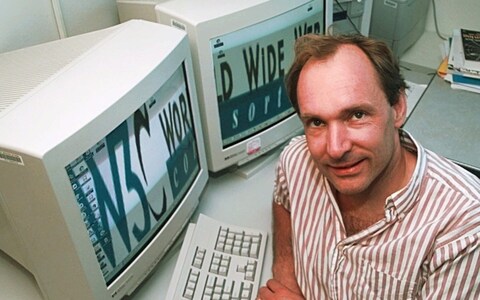 Instead, Silicon Valley giants have developed a monopoly over user data and they maintain control over the present and future of the Internet. Governments are very aware of the problem and introduced GDPR this year to help with data privacy, but the recent mass data breaches from the likes of Facebook and Ticketmaster show that it is still a volatile subject.

That’s where the Decentralised Internet comes in, but how does it work?

Rather than everyone’s data being stored and transferred over a few servers run by the likes of Google and Facebook, the load is distributed across a peer-to-peer network, and encrypted to prevent unwanted access. This puts users in control of their data, and massively reduces the risk of these increasingly common data breaches. If one server fails or crashes, the load can be easily picked up by the rest of the network. People may be familiar with the concept from the TV Show “Silicon Valley”, which proposes using the spare capacity of the millions of mobile phones across the world to power this new internet.

Other, more concrete examples include Solid, Blockstack and the recent push for developers to jump aboard and build Decentralised Apps (DApps) based on blockchain technology.

So, who exactly are these main players?

This decentralised solution was created by none other than Sir Tim Berners-Lee himself. It is fuelled by Inrupt, the company looking to lead the way into the decentralised era.

How does Solid work?

When you register, you are given a POD on a Solid server, where all your data is stored. This includes photos you take, comments, likes, calendar events and fitness data, essentially making your Solid POD like a personal USB stick for the Web.

Your financial data can be stored separately from your fitness data, which can be stored separately to your calendar data, and so on. This means when you give people and apps permission to read and/or write to parts of your Solid POD, you can decide exactly who has access to what. With this permission-based access, things like filling in your personal details could be a thing of the past, as the apps will read your data directly from your POD, with the correct permissions.

The photos you save and files you upload are immediately available across all the apps that have the correct permissions, ending the need to sync data between apps. If you share a photo, friends can view it through whichever app they please, be it a social feed or dedicated album viewer. A benefit for developers is that apps can be created without harvesting masses of data beforehand, the app will simply read the information it needs from users’ POD once they have acquired the right permissions.

Blockstack is another player vying to lead the decentralised revolution. It has a dedicated Blockstack Browser allowing access to the growing number of decentralised apps. These DApps are based on Blockchain technology, and allow users to own their data by linking developers directly with users, rather than middlemen hosting and managing data for them.

Is this the start of Decentralised Apps?

Just last year Blockstack launched a $25 million dollar Signature Fund in a bid to accelerate DApp development, including a $50,000 bounty to any developer than can create a decentralised competitor to Slack.

More recently, Blockstack announced their new App Mining program. This allows anyone to build a decentralised app on Blockstack Authentication and register it with the program, where every month dedicated App Reviewers will rank all the registered apps, and award the developers behind the app with cash sums.

Serious money is being invested to accelerate the adoption of the Decentralised Internet, and Blockstack are working hard to take this revolution mobile as quickly as possible. The developer Alpha for iOS and Android SDK’s were released this year, with a view for the first mobile apps to be launched next year.

What does this mean for app marketers?

With much of the technology still in its infancy, it’s hard to predict the lay of the land if this technology really does take on widespread adoption. However, it is clear that privacy and data ownership are the main focus of this new Internet, and with increasing emphasis on data-driven decisions, we really could see some fundamental changes in how the industry operates.

Firstly, the reliance on data rich companies such as Google and Facebook to provide the ability of targeted advertising will have to be heavily reduced. Under the decentralised internet users’ likes, comments, interests and search queries could be inaccessible, as they’ll be stored and encrypted where the user chooses, or distributed across a peer-to-peer network. Marketers will need to gain permissions in order to access this information, which could be hard to persuade the user to agree to unless the user gains some real value from the exchange.

We already see this taking effect with Limit Ad Tracking (LAT) on iOS, which allows users to opt out of interest-based ad targeting. This means that if a user who was enabled LAT is served an ad, mobile attribution companies cannot attribute this install to the ad, and it is recorded as an organic install.

Fingerprinting is a less accurate fall-back attribution method using publicly available data, such as IP Address and OS version, to create fingerprints to match served ads with installs. This can be used even with LAT on, however decentralisation also threatens the availability of this data. LAT is an opt-in process in iOS, and so only around 15% of users on iOS 10 are predicted to have turned this feature on.

This lack of targeting and attribution to a small number of users already causes headaches, so if it was applied to all users, marketers would have to seriously reconsider how they choose to serve ads.

Another question raised is how we are going to optimise app performance if information on how apps are used is also encrypted and decentralised. Using a Decentralised Internet, purchases, games played, videos viewed and other in-app events could all be hidden from marketers and developers looking to improve app performance and retention.

Optimising user funnels and improving retention would involve more guesswork and market research rather than tracking users’ clicks and purchases. Maybe users will realise the value of their data, granting them bargaining power in the market to extract more value from companies with a profit motive and restoring a balance of power between user and firm. Alternatively, marketers will have to find a more effective and compelling way of convincing users of the value exchange of voluntarily sharing their data.

Competition in the app market could rapidly increase

Rather than companies leveraging their data to enter app spaces with huge advantages, everyone would be limited by their data in the same way. A start-up will have just as much access to user interests and profiles as the likes of Google and Facebook. In this way it becomes more of a competition about who can offer the best service, the most efficient product or the best user experience. The market would become more volatile as established apps could become far more easily displaced by a start-up offering a better product.

Want to find out more about optimising your app and keeping up with the latest OS capabilities? Make sure to subscribe to our Mastering Mobile Marketing video series. You can also get in touch by visiting the Contact Us page. Follow us on LinkedIn, chat with us on Twitter @yodelmobile, and join our #mobilemarketingUK LinkedIn group.

About the Author: Declan Cusack